11:00 A.M. – House Hunters- Obviously my wife has the remote, I’m generally not a fan of HGTV.  I especially loathe seeing these richer couples nitpicking houses that I would murder people for.

A young couple with money.  Yay, my fuckin’ favorite.  First house costs $499,000, right in their range.  The guy complains that the 4 car garage would barely fit 4 cars.  Douchebag, my one car garage barely fits my one car, who needs 4 cars anyway?  You ain’t Jay Leno.  They get inside and start complaining about such arbitrary bullshit such as the knobs on the cupboards.  I love that they’re considering throwing almost half a mil at home and are stopping short because of some easy as hell DIY projects that would take ten minutes and cost less than ten dollars.  The backyard is incredible, even they are suitably awed.  It’s on a lake, and they have lots of property and 2 docks.

Second house costs $469,000.  They just love the hardwood.  Hardwood floors are ALL the rage the past few years, I don’t really get it.  Maybe I’m old fashioned, sometimes I just like sitting on the floor and the floor being….not hard.  So this house is like a mansion 30 minutes outside of town.  She feels it’s too isolated.  I guess I feel her, but it’s a fucking MANSION.  It’s got like 100 acres.  That’s so much space where you could patrol for trespassers and shoot.

Wow the third house is only $369,000, how extremely reasonable.  Holy shit only a 3 car garage?  This dude’s furious.  Obviously a crazy nice house that they’re nitpicking about bullshit like number of windows.  Ugh, die.  Now the part where they sit around and discuss the pros and cons.  I hate this segment so much, because it’s all bullshit.  HGTV finds couples that are already under contract with a place, then parade them around to two other places and act like it’s all some kind of a big decision.  Anyhow, they “chose” house number 1 and I hope they get a devastating divorce soon.  They’re insufferable as humans.

11:34 – Handy Manny, TV time for my son.  He requested Pooh, but he’s 2 and I can overrule him.  Not that this is better, I’ve just seen that particular Pooh movie at least a dozen times now. 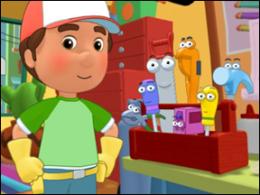 Manny’s a Mexican repairman with Mexican tools that are alive, and sometimes they speak Spanish.  They had to fix a speaker in a music studio so we got some corny song.  I don’t mean to say that this show has a racial agenda, I just think it’s strange that the one white character is more like a caricature of a white person in a black person’s stand up comedy act.  He’s a creepy looking balding guy who owns a candy store and treats his cat like a baby.  No big deal.

12:03 PM- Bob the Builder does something or the other.  I don’t care.  I think I’m gonna zone out for a couple hours now.  If I paid attention to every show my kid watches I’d turn into Jack Nicholson in The Shining.

1:30 - Seahawks Vs Saints game.  Not much to say about this one.  I’m a little conflicted, on one hand I’m tired of the Seahawks.  I live in Eastern Washington state, where most people hate the people of western Washington, Seattle in particular.  Washington’s actually a very conservative state besides Seattle, and as a result people here mostly shun Seattle sports teams.  I’ve always been a Mariners fan, and I know a few others.  However despite living in Washington I could count on one hand the number of Seahawk fans I knew BEFORE this season.  All of a sudden, now that the Seahawks are rocking it, EVERYBODY’S a fucking Seahawks fan.  It’s annoying.  On the other hand, if the Seahawks make it to the superbowl, since I work in retail, that day would be SUPER dead.  I love to not work, so that would be nice.  Anyways, Seahawks win.  Yayboo.  Also, I was recently talking to a friend about this, my kid LOVES football.  It’s pretty strange.  I’m not a hardcore fan, but he’s absolutely captivated by every game and even does a hardcore hip thrust and yell of “Football!!” everytime I change it to a game.  He’s a masculine child.  Daddy couldn’t be prouder.

5:00ish – Thomas the Train – Hero of the Rails – Back to kids’ programming.  Shoot me.  This show, I don’t get it.  I don’t know what kind of visual crack they’re putting in there to enchant two year olds. This blog covers most of the adult cynic complaints I have about the show, particularly the role of the “drivers” on the trains.  They really are just a subservient race on the island of Sodor, always subjected to the brunt of the train’s constant poor decisions’ consequences.

5:30 – Attempt to change to the Patriots-Colts but my son freaks out and demands I change it to Daniel Tiger.  The fuck, kid?  I just got done singing your praises.  Et tu, Lucas?  I’m a weak willed parent, so whatever.  I’ll just browse the internet while Daniel Tiger learns about the importance of sharing.

6:06 – Football!  Patriots beat the Colts, I had no dog in this fight so I don’t care one way or the other.

8:40 – The Best of The Joy of Painting with Bob Ross.  Yes, I DVR this show.  Watching Bob Ross is very therapeutic for me.  There’s nobody on earth that projects more genuine kindness and general positivity as Bob Ross did.  Maybe Mr. Rogers.  Just listening to him saying all these little folksy things as he paints is great, “Maybe this tree needs a friend, they get lonely too you know”.  Truly a wonderful man. 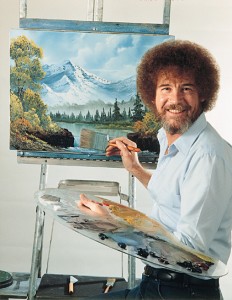 9:06 – Marvels’ Agents of SHIELD – Ugh, this show.  I don’t know why I stick with it.  Because I like Marvel characters and I really WANT to like this show.  I know it’s a comic book tie-in, and as such they can’t have their protagonists ripping people apart with uzis, but it feels so corny that these high end government agencies are infiltrating buildings and punching people until they get knocked unconscious.  I’ve been in a couple fights in my day, you know how hard you have to hit to knock someone unconscious?  Usually pretty fuckin’ hard.  Anyways we see Agent Coulson actually died and is resurrected through a floating Star Wars brain surgeon machine while he lays there begging them to let him die.  So you can’t shoot people, but you can see brain prodding while someone begs for death?  The fuck, ABC? 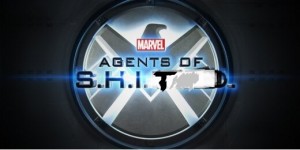