Hi kids, do you like violence?  Do you like rock and roll, drugs, boobs and vaginas?  Sounds like you need some HBO.  Old timers would tell you that the Golden Age of Television was from the 1940’s through the early 1960’s.  Or is that Wikipedia?  In this time The Twilight Zone enthralled the nation on a weekly basis.  Whereas before this time TV was not taken seriously, all of a sudden 72% of everybody in the country who owned a television was tuning in to laugh along with Lucy as she was rushed to the hospital to give birth.  Barriers were broken, rules were altered, systems vastly improved. Many innovative, incredible shows were introduced.  Star Trek would start a dynasty that would go on to enrapture science fiction fans everywhere.  The Today Show launched a tradition of waking up to news and weather.  The Brady Bunch continued the sitcom in fine family friendly fashion.  Looney Tunes was an amazing introduction into TV animation.  What’s My Line began the fascination with game shows.  Days of Our Lives gave middle aged women fantastically cheesy soap opera drama to follow.  Families could gather in the living room and enjoy quality programming or the news, sometimes even in color!  This was an amazing time to own a “lightweight” 65 pound TV set.

But then something happened.  Television got into a rut.  For every innovative show there were a dozen objectively terrible shows.  These shows may have been popular at the time, even.  For every Saturday Night Live you’d have a Welcome Back Kotter. Did you like Welcome Back Kotter?  That’s fine.  Would you if you saw it after Seinfeld?  If people didn’t look back on these shows with nostalgia, I’m sure many contemporaries would wonder why Columbo was so popular.  This tradition of few good shows versus heaps of trash continues today.  I contend, however, that the Golden Age of Television is now.  It is now and stretches into the foreseeable future.  Why?  Simply because there are so many more choices.  In the 50’s you might have had 7 channels and enjoyed 4 shows a lot.  Now we have hundreds of channels, with dozens of great programs.  It is of my personal opinion that the best dramas, comedies, science fiction, fantasy/historic dramas, and sports shows are airing today and I’d like to analyze each genre now.

Dramas – the bread and butter of television.  They’re not out to make you laugh, but they can be funny.  They’re not out to scare you, but they can be creepy.  An all encompassing genre that’s weighted in human relationships.  When The Sopranos came onto the scene in 1999 it revolutionized television drama.  It mercilessly crashed through any preconceived notions we may have had regarding tv.  People thought a certain level of violence, sex, and profanity could only be found in R rated films, but The Sopranos did it all to the fucking moon, and did it perfectly.  HBO has since kept up their stellar record for drama with shows like The Wire, Deadwood, and one that’s continuing today, Boardwalk Empire.  There are droves of Aaron Sorkin fans out there also, so there’s The West Wing and now The Newsroom.  Personally, I find Sorkin’s “snappy dialog” a little disingenuous, people don’t talk like that in real life!  This isn’t real life, however, and many people love it.  Different strokes to move the world after all.  Showtime has also been gaining steam as a drama heavyweight with shows like Ray Donovan, Homeland, and the one that put them on the map, Dexter.  Dexter, a show in which viewers are inexplicably and sincerely rooting FOR a serial killer.  It’s not just premium channels, either.  In the past few years cable’s been stepping up their game.  TNT’s catchphrase is TNT knows drama…….but that’s bullshit.  It you want quality drama right now look to two networks, AMC and FX. American Horror Story on FX is a genuinely creepy and engrossing horror drama that’s going into it’s third season.  Sons of Anarchy, The Americans and Justified round out FX’s quality lineup.  There was also the short lived but much loved Terriers.  Pour out a 40 for Hank and Brit.   AMC’s reaching new levels of horror with The Walking dead, with better special effects per episode than your average hollywood blockbuster.  Mad Men threw everybody into a nostalgia craze and probably made too many people start wearing fedoras and drinking mid-afternoon.  The Killing, and Hell on Wheels are supposedly decent shows…….I don’t know.  I can’t watch everything.  Feel free.  But that brings me to the AMC masterpiece drama, Breaking Bad.  In my and many people’s opinions the greatest drama, or even just greatest television show of all time.  What started as a simple story of a high school chemistry teacher dipping his toe into crime after being diagnosed with cancer has evolved and remained the most captivating way to be entertained as an adult for 5 years.  The pinnacle of acting, writing, and all around storytelling, if you haven’t seen this show, see this show. 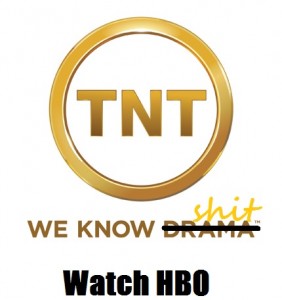 Comedies.  This category is a bit tougher because humor is objective.  So is everything, though.  There is a plethora of quality comedies out there.  If you’re into classic sitcom styles there’s shows like How I met your mother, New Girl…..others.  Comedy Central has been fantastic about showcasing new comedians, and then usually giving them a chance to fail at a half hour weekly program.  Sometimes these shows are successful, like Tosh.O.   Wherein year old videos from the internet are showcased and Daniel Tosh riffs on them.  Like America’s Funniest Home Videos if most people had already seen most of the videos beforehand and Bob Saget was actually funny.  Comedy Central is also keeping people interested in the news by having two news shows hosted by very smart, and very funny people.  Jon Stewart’s The Daily Show and Stephen Colbert’s The Colbert report.  In general somehow these funny news programs offer more unbiased and informative stories than most shows on your 24 hour news networks.  In the animated field South Park has 16 strong seasons under it’s belt.  It’s pretty impressive until you consider the world heavyweight champion of animated comedies, The Simpsons.  While many would argue that The Simpsons have been weaker since season 10 or so, but it doesn’t change the fact that they’re being watched.  Other big cartoon shows stem off of Seth Mcfarlane, who created Family Guy, which has become a cultural phenomenon.  On FX Archer adapted a unique art style and an over the top comedic take on the spy world.  Arguably the best working comic today, Louis CK, has a brilliant show on FX that toes the line between fine drama and hilarity.  Louie takes a brutally honest look at parenthood, adulthood overall, and life.  The League, Legit, and It’s Always Sunny in Philadelphia are a few more FX examples of great comedies.  If you’re a strange person, there’s no dearth of strange stuff to watch on Cartoon Network’s Adult Swim.  No matter how abstract your sense of humor may be, there’s surely something out there that will tickle your pickle.

Science Fiction.  The truth is out there, we were told by the great X-Files.  However the X-files is no longer on the air.  Also, no Star Treks currently airing.  Or Stargates for that matter.  There’s the Clone Wars, it’s kind of for kids but some episodes are pretty good.  Battlestar Galactica is over, Fringe is done, shit even Futurama just ended.  I take back this category, science fiction needs a kick in the ass right now.

3rd season of this on Netflix.  Except they’re retired.  Less action, capture the real jet lag space would inevitably cause to these people.

Fantasy/Historical Dramas.  Downton Abbey is a British period drama that’s had mainstream success in America.  I haven’t seen it, but it wins awards.  Awards.  There’s the Starz original program Spartacus which basically picks up where Gladiator left off and revels in it’s blood and sex.  Which brings us to……drumroll please…Game of Thrones.  The greatest fantasy series ever aired.  Based on George R.R. Martin’s epic A Song Of Ice And Fire series.  Each episode has a budget that rivals most theatrical releases, and it shows.  Many relatively unknown actors that have been catapulted into stardom.  My personal favorite show of all time, there’s not much to say.  Watch it, now.  If you don’t like it, you don’t like it.  Just don’t talk to me.

Sports – Well this one’s pretty straightforward.  Do you like sports?  Then watch them, silly!  There’s dedicated networks for just about every sport you can imagine.  Baseball fan?  Check out the MLB network, or TBS or whatever local channel your hometeam may be airing on.  Football fan?  Splurge on the NFL Redzone and never miss a thing.  The beauty of DVR means you don’t have to miss a single thing that you feel you have the time to devote to.  Sportscenter, 30 for 30 documentaries, the amount of sports you can watch depends entirely on how big a junkie you are.

So is this the Golden Age of Television?  Everything airing isn’t perfect.  Hell, things that are getting great ratings aren’t perfect.  The CW’s Vampire Diaries gets millions of viewers per episode.  For every series out there like Justified there’s a cornucopia of bullshit like Burn Notice and Rizzoli and Iles.  Then there’s the classic tv lovers.  My wife, for instance, would rather watch The Golden Girls or I Love Lucy than any modern comedy.  Fortunately, there’s a solution for that too.  Re-runs.  Is Seinfeld the undisputed king of comedy in your mind?  TBS runs a couple hours worth of Seinfeld re-runs daily.  Pay 9 dollars a month and gain access to hundreds of programs on Netflix or Hulu plus.  Of course I’ve only been able to name a fraction of a fraction of the shows that are airing today.  If a hundred people read this, chances are 99% would chime in with a show they felt I forgot or neglected.  Television, like any artform, is all in the eye of beholder. With hundreds and hundreds of channels filling our screens with everything from the old to the new, I contend that we are living in the best age for TV and that it’s only going to get better.  For every beloved show that ends, a dozen will take it’s place.  This is the Platinum Age.  What will the television of tomorrow be?  Plutonium?  There’s a big table of elements.  Designate the best ones.  Or better yet, go watch some TV.