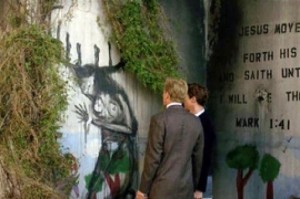 So, obviously I’m in the minority, as the series premiere of True Detective didn’t exactly knock my socks off.  I’m still a little bit baffled, as I’m not entirely sure what was so captivating about the hour that we saw last week.  Yes, there is dark imagery, yes there is a ritualistic murder, and yes yes yes there was Woody and McConaughey.  I definitely get the feeling that the vast majority of the audience is very much in love with the idea of two major manly movie stars doing a dark true crime drama on HBO, rather than loving the actual execution.  Granted, there’s enough here to make it exceedingly watchable, but haven’t we been over this ground before?

Specifically, do we really need to watch “troubled” men talk about “difficult” topics?  Don’t we have 7 seasons of Mad Men with Don Draper attempting, however unsuccessfully, to justify his infidelity?  C’mon Woody, we know the cop job is rough on a cracker, but let’s be real, you just can’t get enough of those epically fantastic tits!  And oh sweet Jesus those two globes were obviously the real stars of the show, to hell with the two boobs that are getting top billing.  Also, as mentioned last week, Brad Pitt and Morgan Freeman, minus the vaguely southern accents, already made this as a movie!  And they had two Oscar winners to round out the cast!

I’m probably being too harsh.  Dexter just had a massive coronary crossing its finish line, Homeland has gone up in a cloud of Syrian mustard gas, and Mad Men is ending, albeit in potentially the most drawn out fashion in the history of modern art.  Breaking Bad has left us all longing for something intense and fantastic, and Walking Dead has shown that it’s comfortable being the safest of all zombie shows (not really a criticism of the last one, but it’s obvious that AMC isn’t going to take any risks with its ratings-grabbing undead cash cow).  While there are plenty of tremendous shows on right now that are under the radar, the market is basically bereft of anything with a high concept, a big budget, and huge amounts of hype and bombast.  At least until Game of Thrones comes back.  Please, please, PLEASE Game of Thrones come back soon.  I love you.

My main problem with the show can be summed up by, oddly enough, summing up the show.  Matt and Woody are cops.  They find a body, and it’s horrific. They’re looking for the killer.  Matt has problems.  Woody has problems.  The murder has to be solved quickly, because of pressure.  Let’s go look for leads!

And that’s essentially the plot.  Yes, there’s iconography.  Yes, there are vaguely religious motifs.  Yes, there is the new (to drama) technique of using single-cam interviews to flashback to a multi-cam past.  And yes, Matthew McConaughey is skinny and brooding and troubled, and Woody Harrelson is Woody Harrelson.  But good TV drama is built on plot, with depth and nuance and surprise and suspense.  To date, there are very little of any of those things in True Detective.

Another issue, and maybe this is just specific to me: any good mystery is good because we want to try to figure out who the bad guy is.  So the initial job of the author, or filmmaker, or showrunner is to immediately present us with a few characters who might have committed the crime.  And maybe it was Rust Cohle that did it.  (Fucking Rust Cohle?  ARG.) It would be an interesting twist, to find out that your protagonist is the serial killer, but as of now, would it really be a twist?  I’m outright expecting that McConaughey is the killer, until I’m presented with additional options.  So two episodes in, there is no mystery to the mystery, and that’s unfortunate.

Final big problem.  Maybe I’m naive, but I thought TV was past its almost gleeful tendency to actively treat women as if they are and forever will be the lowest form of humanity, without exception. But I guess I was wrong.  As of now, True Detective has tacitly approved of the notion that women are meaningless unless they are not only murdered but ritualistically killed by a deranged (and obviously and eventually male) sociopath.  Or alternatively they have a historically great set of tits.  I’m all for the murder victim being a woman.  I’m obviously okay with the tits.  But goddamn, can’t one of the interviewing detectives at least be a woman?  Does every secondary female on the show have to be either a wife that is cheated on by her husband or a white trash prostitute?  Perhaps the creator of the show identifies a little bit more with the serial killer than he does with any perfectly sane woman.

The show will obviously continue to be pretty good, and it will fill a TV void that needs filling, but it’s more than a little painful to see so much wasted potential.