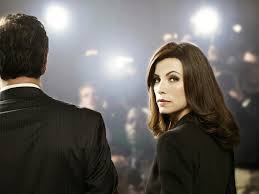 HOLY SHIT, WHY DIDN’T MY WIFE TELL ME THIS SHIT WAS SO GOOD?!?

I’ve watched the last two episodes of this outstanding sometimes intense drama, sometimes uproariously funny comedy, and even though there are story threads galore happening, most of which trace back through several seasons, I have a pretty damn good idea of what’s going on.  Some of that is because I ask my wife what’s happening every few minutes, but I think it’s mostly because it’s terrifically written.

I haven’t watched a lot of the show over the few years that it’s been on, but it is immediately intriguing since the amount of evolution from season to season and even episode to episode is so extensive.  A marriage crumbles, and rather than focus on the death of the relationship, the focus is squarely placed on the uncomfortable moments that inevitably follow.  There’s an affair!  But oh, then it ends.  What happens when a person is constantly forced to face a person that they had an affair with, especially when it ended in a horribly awkward way?

So yes, the main storylines are great.  But my favorite part of the show is really the subplots, because even the smallest supporting characters are nuanced and deep, and if they don’t all always get their moments to shine, they are all allowed to contribute and push the plot.  The pregnant ditsy blonde that works in the governor’s office?  Yeah well, this week she’s in charge of an ongoing internal ethics investigation that could lead to a federal inquiry, and no, she’s not going to just roll over and cooperate like everyone expects shallow blonde women to.  The semi-subordinate jock attorney that’s jealous that his ex-lesbian private investigator friend with hetero-benefits went back to liking chicks?  Yeah, he paid a bartender to dump a drink on him, knowing she couldn’t resist checking his phone for info after he had texted himself awful misleading bullshit and knowing she’d run with it.

And did I mention the guest stars and recurring cast?  Forget what I said about the subplots being the best part of the show.  The real, real best part of the show is the insanely brilliant way that it utilizes terrific actors in bit parts, drumming up importance and context where it otherwise could never have existed.  Compare it to the way CSI threw people into forgettable roles for one episode and then disposed of them, except EXACTLY THE OPPOSITE OF THAT.  Matthew Perry, Nathan Lane, Stockard Channing, Mike J. Fox, Amanda Peet, Scott Porter.  These roles could have just as easily been filled with no-names that no one would recognize, but the show distances itself from estrogen-seeking nonsense like Revenge by constantly forcing the audience to go back to their IMDBs to figure out where they’ve seen that person before.  Juliana Margulies, Josh Charles, Alan Cumming, and the rest of the main cast are great, but the real value is in the small but juicy roles that are continually given to reasonably household names that crush them.

Seriously, my wife and I have to compromise with TV, because as a rule we do not watch any of the same shit.  But now I feel particularly lucky, because she thinks she’s making me watch The Good Wife, and while I’m loving it, she’s going to HATE True Detective or Game of Thrones.