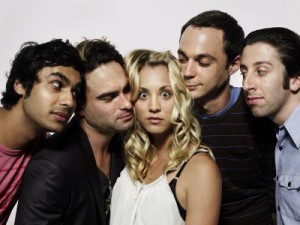 Nerd culture is pervasive in modern American society.  It dominates the box office, has a solid foothold in television, has a heavy hand of influence in both literature and music, and of course in large part chooses to allow the Internet to function.  So as with anything else, when something wields so much socio-economic power, exploitation will inevitably occur.  And let’s be clear: it’s generally socially acceptable to enjoy the big budget fruits of nerd culture (i.e. watching The Dark Knight) but it is certainly still not okay to enjoy the source material (i.e. reading Detective Comics).

Let’s take stock of my nerd-dom.  I don’t just watch comic book movies, I read upwards of 10-15 comics a week.  And that includes motherfucking brand new Transformers comics.  Seriously, check them out, they’re quite good.  I used to read The Lord of the Rings every year, until I decided that reading all the released books of the Song of Ice and Fire series was a better usage of my time.  I listen to deep cut indie rock, keep current on several comic/fantasy/sci-fi podcasts, and understand what WAR means.  I can (and sometimes do) win at Harry Potter trivia.

And yet, somehow I’ve never seen a full episode of the king of all nerd TV shows, The Big Bang Theory.  I just don’t get it.  I’m a nerd, and I talk to nerds.  These people don’t exist in the real world.  They’re figments of Chuck Lorre’s overactive imagination.  And I’d be okay if I felt like this show was going out of its way to insult me.  But it’s not even doing that.  It certainly seems like it’s attempting to capitalize on the success of the Nerd in the new millennium in the laziest possible way.

This show is 2.5 Men to me.  I just don’t understand the appeal.  And get Hal Jordan’s name out yo mouth, mothafucka.

The Big Bang Theory has been a successful show for many years and I haven’t watched it before tonight. Through osmosis (promos shown during NFL broadcasts), I know the premise. I know that Jim Parsons is a talent. As a male, I’m familiar with Kaley Cuoco and I know that the show comes from Chuck Lorre, who has proven quite successful producing network sitcoms.

The show appears to follow the Lorre playbook. Most of the humor comes from making fun of character quirks. It leans heavily on the laugh track to punctuate its jokes and is rife with PG-13 innuendo. And in
Johnny Galecki, playing the least nerdy of the nerds, it features an excellent straight man to highlight the wackiness of the other characters.

The show isn’t afraid of borrowing from iconic movies and shows. Parsons sets out to develop a unified theory of comedy, undertaking a Lieutenant Data-like series of experiments to deconstruct humor and find its levers. In fact, as I watch the episode, I realize that Parsons is playing a Spock/Data character. His hyper-analytical programming and non-existent EQ prevents him from understanding the people around him or connecting with them on a human level. And he displays the Spock/Data inquisitiveness by continuously seeking to understand what he cannot feel. Later in the episode, Melissa Rauch reenacts Meg Ryan’s trick of proving she can convincingly fake an orgasm in diner by showing that she can convincingly fake laughter at one of her boyfriend’s jokes (in a diner). I have to wonder if the recycling is larceny or “shouts out.”

What is both good and bad about TBBT is that I can drop in uninitiated in season 7 and have a few laughs. I’m sure that the show is designed to pick up new viewers who drop in, enjoy an episode and stick with it. But the great sitcoms relied on knowledge of the characters for their humor. You had to buy in to get it, but the payoffs were better because you were bought in.

During a commercial, I looked up the ratings and saw that TBBT is consistently among the most-watched network sitcoms. This sort of success was once reserved for shows like MASH, Cheers, Seinfeld, The Office and The Simpsons. Or if you were a girl, Friends. They offered fresh humor and characters you needed to know to laugh with.

I’m struck by the realization that network sitcoms have moved to the middle—TBBT is a raging success while My Name is Earl gets canceled. Don’t get me wrong, I understand why TBBT is winning —the funny and creative show runners have moved on to cable to produce shows like Louie and Shameless, leaving shows like TBBT to mop up the rabbit ears viewers.

I don’t want to take too negative a tone here. The appeal of TBBT is obvious. It executes very well on an unaggressive plan. The jokes are safe, but well done. Chuck Lorre has obviously figured out a formula and produces an able sitcom featuring a talented (if unchallenged) cast. My guess is that TBBT’s loyal legion of viewers consists of people who aren’t comfortable with the racier comedies on cable, don’t have cable or need something mildly funny to watch after they’ve watched all of the good comedies on cable.

This weeks assignment is I’m sure, appearing late-ish. But I watched Big Bang Theory, pretty much for the first time. It’s not my actual first time.. I have had a “just the tip” experience with this show. Mr.Shelly loves this shit. I mean loves. Belly rolling laughter and just a glaze of pretend bliss glaze his face when he watches this. I am usually just getting home or doing dishes or pretending I’m on Everest.

Chuck Lorre produces this and I’m telling you he must have his own Rocket Ship to the moon or Uranus at this point. The man is TV Comedy gold. The show is a typical CBS formulaic comedy. I usually always shy away from that. I love me some “The Middle” on ABC and I so so so miss “Happy Endings” (shows like Person of Interest are still on and Happy Endings is cancelled?)

The show is simple enough; basically 4 really really ridiculously smart almost Asperger type friends who are scientists. The episode I chose (which by the way, this show is in syndication on like 100 channels which means it’s oozing bread and butter money for the people involved…) was the 4 of them on a train going to a nerd herd convention. Now I’m not against nerds.. AT ALL. I AM A NERD. I love Revenge of the Nerds, I love Science Fiction and Science Real and moons, and planets, and pulsars and Boson particles.. all that shit. So I thought I may actually enjoy this show.

They see the real Actress Summer Glau. She apparently is a nerd’s dream. I like her too, maybe a tiny girl crush even. She’s no Olivia Wilde but I could see myself having a hall pass lesbian one night “shopping at the mall” experience with her. I loved her in Serenity and Firefly so now I’m all Nathan Fillion nostalgic and thinking of Joss Whedon and Buffy. Now I’m sad because I miss Buffy… focus Shelly.

There are formulaic “yuk yuk” jokes but they work. I am pleasantly surprised I actually laugh out loud at a few of them.

Kaley Cuoco shows up in a split screen (she is back at her shared apartment with Sheldon — played by Jim Parsons) and she is apparently supposed to be really really not smart (heh). I can’t decide or figure out if Kaley Cuoco is hot or cross-eyed. Def wouldn’t waste a hall pass experience on her, lesbehonest, but pretty all the same.

Thanks Joe, it wasn’t as bad as I thought a CBS comedy would be. Now I’ve gone all the way and not just the tip.

There we have it, I imagine it’s exactly what CBS is going for: two people watch the show and don’t hate it.  Man, I just have absolutely no use for network TV.