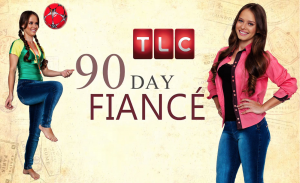 Let’s just say I am not making any friends here at the screensnark offices with my Some Like It Watched picks. Do I have a mean streak? Not in the least bit. I just happen to watch a lot of crap TV as a result of marrying someone from Buffalo, where junk TV and junk food are a city pastime. However, in the grand scheme of crap, 90 Day Fiancé looks like a Ken Burns documentary compared to other offerings. But after reading Phil and Joe’s submissions I find it interesting how divergent their reflections are; Phil and I are pretty much on the same page here, and Joe ripped that page out and used it to wipe his ass.

In a conversation earlier today with our editor-in-chief, I mentioned that I had a Some Like It Watched assignment from Jam.

“Sorry, man”, said Joel without even knowing the assignment, “that dude is cruel.”

It is well-known around the ScreenSnark offices that you don’t want Jam picking your assignments. He makes you watch the horrible reality shows that his wife makes him watch. He has the kind of “screw it, I’m taking as many with me as I can” attitude of a guy who, upon discovering he has AIDS, goes on an unprotected sex bender until he can no longer hoist his wang.

So naturally, I was dreading the next hour when I pulled up Season 1, Episode 1 of 90 Day Fiancé. I cringed when I heard the first line of the series, “I never expected to fall in love with someone halfway around the world.”

And while you could potentially chalk this up to the benefit of low expectations, I have to report that I was pleasantly surprised.
The show follows three couples, each consisting of a US Citizen and a foreign national, through the ninety-day period in which the expatriate is allowed to stay in the US on a K-1 visa (aka “the fiancé visa”). At the end of ninety days, the foreigner must be legally married to the American or must leave the country.

I expected to spend the entire episode looking down on loser dudes and gold digging foreigners, but was surprised when the first couple wasn’t really pathetic. This wasn’t a mail-order-bride, they had met while he was on his mission abroad and had carried out a long-distance romance. When the second couple featured a guy who was a bit of a dork and a Russian fiancé, I thought it had to mail order. But no, they had met cute on a website which pairs people learning each other’s languages. The third guy met his fiancé while working for a month in Colombia.

The women face a number of challenges adjusting to life in the US and gaining acceptance from their fiance’s suspicious families (one poor girl has to live with them) and friends (one of whom makes the Nigerian Prince joke). The guys face the inverse challenges of helping their fiancés get settled and assuaging the concerns of all of the onlookers. I imagine that the drama will ensue later in the series as they face the challenges of planning a wedding and starting a life.

The show has heart. These are earnest people who make you want to root for them to find happiness. They’re real people—not the sort of awful caricatures serve up by “reality” TV. The guys aren’t losers and letches, they just love this girl. And I’m going to do fifty pushups and a shot of bourbon as penance for saying this, but dammit, they believe in love. The girls aren’t leeches, they’re adventurous. And trusting. And when the super-hot Brazilian pixie says wistfully, “I love this man enough to leave my family for him”, your heart kind of melts.

I won’t watch this show again because, frankly, I don’t know where TLC is on my cable box and while watchable, the show wasn’t compelling enough to crack my limited rotation. I can say with all sincerity, however, that I hope it works out for each couple.

So, 90 Day Fiance on TLC. Concept being, these are female non-US citizens with 90 days to marry an American man in order to secure their US citizenship. Or, watch the movie Green Card, but subtract the disarmingly slimy Euro-charm of Gerard Depardieu. I went in knowing only what I had seen on The Soup, which unfortunately had already revealed that instead of being allowed access to the beginnings of touching romantic relationships built on a fabrication, I was in for more extremely trashy reality TV.

My question is, just how large is the American lowest common denominator now? How can this many awful reality TV shows with the thinnest of premises and no actual substance exist at the same time? I understand that they cost almost nothing to produce, which is obviously their main source of appeal to a network, but there has to continue to be some audience for this nonsense or else the shows would cease to be pumped out at a rate of 20-30 per year.

Just like the myriad of vaguely similar shows across a variety of scum sucking networks, the people are obviously actors, being fed certain bits of dialogue in order to draw a reaction from the audience. At one point, the sister of one of the potential grooms talks to her friend about the doubts she has about the bride’s sincerity. But the producers of the show expect me to believe that these two women would have this private conversation in front of TV cameras, where it will be seen by both the bride and the groom, likely prior to the wedding? Why not just call them both into the fucking room and have it out? And I understand that there probably are passive-aggressive fucks out there that would pull that type of bullshit, but fuck those people and don’t let them on a fucking TV show. I would rather watch wild gypsies fight over who has the stinkier gypsy pussy.

So to hell with this show. All four couples were different degrees of awful. The Oklahoma good ole boy with the Columbian fiancee was the best of the bunch, but even those two were OBVIOUSLY ACTING. I would beg TLC to stop insulting the collective American intelligence, but I’m not 100% convinced it exists anymore.

That said, I hate Mormons. I hate them. And the Mormon on this show, who is supposedly going to marry the Brazilian model (and realistically we’re talking Kohl’s ad model, not Victoria Secret Angel) I hate that motherfucker too. Stay in Provo. Do not venture out. “I think you’re too pretty” is not something you should say to anyone, ever. Feel free to eat a bullet. Or go hug a 900 foot tall statue of Jesus during a thunderstorm.