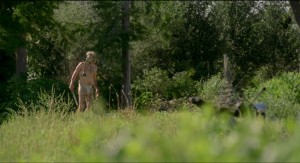 So this week I continued to get bombarded on multiple fronts with comments like “what do you mean you don’t really like True Detective?”, and “are you kidding me, this True Detective shit is awesome!”.  So obviously there is a large disconnect between me and the viewership at large when it comes to this show.  By and large, there are two specific items I look for when going through my internal critique of a TV show:

This is why I was never the most devout Law&Order fan, and why I outright hated House.  Those shows in one way or another replicated themselves every week.  They’re great hangover shows, because they fire familiar synapses in the brain and don’t rock the boat too much (or at all, we get it House, you’re a fucking renegade, and you’re going to crack this goddamn case if it’s the last goddamn thing you do.  Seriously, please let this be the last goddamn thing you do).  But once the show has peaked, that was it, never gonna do any better.  I’m just not that interested in watching retreads of plots that I’ve already seen a better version of, unless I’m trying to avoid revisiting last night’s 17 Buttery Nipples.  After all, one can only consume so much butterscotch schnapps.

That being said, there is obviously plenty to like about True Detective.  So with that in mind, I’m going to split my weekly critique in two.  We’re three episodes in, so I feel like we probably have a good idea of what we have at this point.   And since to date I’ve been so harsh with this show, I’m going to dedicate this week’s review to everything I love about it.  But reader beware, unless there is a huge shift in direction, next week I am unleashing the antler-adorned hounds on this motherfucker.

First, the interview segments in and of themselves are fantastic.  Just sticking a camera in front of Harrelson and McConaughey and letting them talk was certainly the best idea that the show’s creators had.  The garbled existential bullshit coming from young Rust comes off as the drivel of a naive college freshman that just got out of his first lecture on metaphysics.  But when the grizzled and weathered older (and obviously unfortunately) wiser Rust is shown during the interview segments, the same commentary is both insightful and haunting.  Of course that is intentional to some degree, but the interview commentaries are so effective at showing what life has done to Rust, that it becomes incredibly and exceedingly difficult to reconcile that these two people are in fact one and the same individual.  The conclusion being that Matthew McConaughey has done such a flawless job portraying his character’s burned out husk, that it’s hard to believe that he was ever anything but the husk.

The counterpoint is obviously Woody’s Martin Hart, who has retained his humanity over the years where McConaughey’s Rust lost his.  The examination of how one person, when confronted with a series of events, is able to remain upright where another collapsed in the face of them is fascinating, especially (or because?) Martin Hart is so obviously falling apart during the series of flashbacks.  Woody’s interview segments are never going to be as flashy as McConaughey’s, but they can be just as effective at shedding light on the relationship between Hart and Rust and why it crumbled.  Equally interesting is the fact that even though the relationship did crumble, Hart readily goes to the wall defending Rust, showing loyalty where it just as easily could be non-existent.

Finally, one specific plot point stood out this week, and it was obviously the cliffhanger, which has to be seen to be even vaguely understood.  I’m including a picture at the top, but with no real context, it’s totally what the fuck.  Yeah, it’s shocking, but that’s not why I’m intrigued.  What really is riveting to me, and what has me sold for next week, is that we know this crazy motherfucker is NOT the real serial killer.  So even though this tatted up dude is trolling around his yard half (mostly?) naked, with a weapon, and with a fucking gas mask on, we know without a doubt that he’s either not the killer, or there is a damn dedicated copycat on the loose decades later.  I’m still pretty dead set on Rust being the killer, but I’m happy that we’ve now been (informally) introduced to a potential batshit insane villain who will be on full display next week.

There!  That’s what I love about this show!  And I didn’t even mention the latent racism of two middle age southern white guys explaining the ways of the world to two silent and captivated black men!  I’ll be back next week, and I’m hoping for more of what’s above, but expecting more garbage like the “OMG OUR MAARIGE IZ BROKEN” nonsense that was the Woody and his Wife bedroom scene.  I’m also waiting with baited breath for the inevitable speech in which McConaughey or Woody explains what it means to be a “True” Detective.  I’d lay even money that it’s in episode 9 or 10, and I’d say that McConaughey is the slight favorite to deliver it, but I could see Woody dropping that knowledge on us almost just as easily.