Crossing Streams is Screensnark’s article that is truly ruled by randomness.  We randomly select a television show from Netflix, and then randomly select episodes for our commentators to watch.  This week the show was Harper’s Island, a “horror/mystery/thriller” miniseries that was on CBS 2008-2009 for one season.

Shelly - Okay This week the Crossing Streams , crossed over to a little ditty known as “Harpers Island”. I was soooooo excited at first because I love me some Harpers Ferry, West Virginia. I’ve been a bunch of times and literally am obsessed with the quaint historical town. I have rafted, toured, drank and hiked all through it! I’ve even invented a screenplay in my head where zombies arise from the dead and John Brown himself I have to defeat (yeah I’m “special” like that) But…… This isn’t HARPERS FERRY, its HARPERS ISLAND Shelly. (dumbass).

I believe it takes place off the Coast of Washington State (which may as well be Africa to me) and it gives you a “previously on” segment so I’m a little caught up with the history of the show. My episode was the seventh in the series and titled ” Thrack, Splat, Sizzle” . With a title like that I’m hoping for a Pizza Delivery man dick in a pizza box type of scenario, but that’s not what happens.

The main character is Abby Mills (the actress doesn’t look familiar) who lived on this island and her mom was killed on this island back in 2001-ish? There was a serial killer type running around back then and Abby’s mom was one of his victims. She is coming back from where she lives now for her best friend (a BOY! now you know you can’t be havin’ no platonic relationship with a BOY!) for his wedding. I have to say if my mom was killed on some island I’d probably never go back, or maybe I would? It just seemed weird. Anyway her dad is the Sheriff or chief Deputy Doofy in charge played by Jim Beaver!!! OMG Bobby Singer from Supernatural, I may just pee yet! 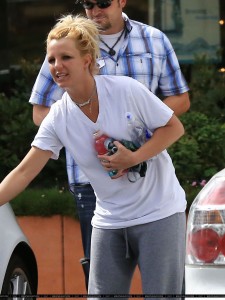 Who wants to put their face in that right about now?

It unfolds that the bride to be (played by hot little number Katie Cassidy) is grieving from the fresh murder of her father (I assume he died the episode before). The killer seems to be back or a copycat of sorts is back. She obviously doesn’t want to go on with the wedding at the moment, and guests are starting to pack up their things. Of course the plot device of the broken down ferry comes into play. Apparently no ferry can come pick anyone up until dawn? I live on an Island (GASP) we have bridges and such. I’d never rely on a ferry… I’ve seen April Fools Day (1986)… No Ferry= Certain Death.

There is a side story of a guest that looks like Chumlee from Pawn Stars and he found some drug money covered in blood with a friend of his on a boat? The friend accidentally shot himself in the woods and Chumlee left him there for dead. I swear people I’m not making this shit up, this is what really went down. He apparently never saw No Country For Old Men… you don’t take drug money covered in blood.

The acting is semi decent and the look and feel of the show is actually okay. the scenery of Washington is beautiful. Now I have no idea what it looks like other than The Killing (it rains all the god damn time) or the 4400 (Aliens come get your ass) but its pretty all the same.

Nothing is really resolved in this episode, and I suspect the whole show is very episodic and you need to watch it in its entirety to even come close to knowing who the killer is. I can tell you I’d be hailing the Coast Guard to pick my ass off from Wedding Death Island and then the show would be over.

It does seem like the killer might even be multiple people because he/she seems to be everywhere all the time. I’m not going to add this to my Netflix Tupperware because my instant streaming refrigerator is too full right now (I’m looking at you, House of Cards, for taking over my life). But If you like Gossip Girl meets Supernatural meets Revenge, this may be for you.

Rob - For this installment of Crossing Streams I was assigned the episode “Bang” from the CBS miniseries “Harper’s Island”. I don’t really remember this show when it aired, but that is because it is on CBS and I don’t regularly watch any shows on that channel. I did a little research before watching this episode and saw that this was a single-season miniseries, which is pretty cool. It doesn’t seem like networks air shows anymore with the intention of making them a closed-loop single season.

At the opening of this episode, Netflix luckily included the “Previously on Harper’s Island” introduction, which gave me the opportunity to see Harry Hamlin cut in half, which really gave me a “wtf did I just get myself into” feel upon beginning the episode.

This show is a murder mystery that features a lot of deaths. This episode opened with a man escaping on a boat with a bag of money, but somehow the boat was booby-trapped with a shotgun that ends up blowing the guy’s head off (we both didn’t see that one coming). The show then opens with the plot of two of the presumably main characters shortly before their wedding, about to embark on their bachelor/bachelorette party for the day. The men decide to take the groom out on a fishing trip and they end up finding the dead man and his money. One of the groomsmen, who is broke after sinking all of his money into a beer start-up company, desperately takes the dead man’s money and ends up shooting a hole in that boat, thereby sinking the dead man and his boat and all the evidence that a crime had been committed. The rest of the episode for the men consists of them trying to figure out what to do with the $250,000 they found.

On the other end of things, the bachelorettes decide to hire a psychic to do tarot readings for their party, because when you are wanting to get drunk and festive, you definitely want to see an upside-down Death card staring you in the face. One of the other main characters, who I gather is returning from Los Angeles to the small town for the wedding, gives her necklace to the psychic who then sees some sort of horrible vision upon touching the jewelry.

This show wasn’t bad. The only actor I had recognized was the main guy Henry, who was on Ugly Betty (also playing a guy named Henry, oddly enough). This show definitely is not my bag, but if you like murder mysteries with a hint of horror and supernatural aspects, I would recommend it. This show definitely needs to be watched from the beginning as I didn’t really know how all of the characters tied together. If I were bored and wanted to turn my mind off for a while, I can think of far worse shows to watch than “Harper’s Island”.