-How long are we going to keep trying to make Josh Duhamel a thing?  It’s over people.  It’s done.

-I could use a job, but I still feel profound sadness at the Domino’s commercial of the dude who folds the world’s fastest pizza boxes or whatever.  Hey, you do you, bro.  It’s a skill.

-I’ve never been to Dave and Buster’s.  It looks like so much fun.  I’d love to go while I can still stand.

-haha, I forgot about the two racist “black” robots

-Sam Witwicky?  That is not a surname.  Have any of you met a Witwicky in your entire life? 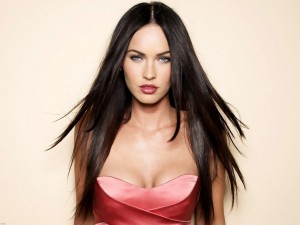 When in doubt, there’s always her.

-I actually liked Shia LaBeouf before these movies and then he became a total douchebag.  Don’t believe me? go to Youtube and watch literally any interview he’s done on any talk show in the last four or five years.  I’m not saying he’s addicted to cocaine, but he should probably stop doing cocaine.

-I don’t remember anything about this movie.  Lke, nothing.  But Optimus Prime is dead in the desert and Sam and the gang are driving over there to revive him with some pixie dust Egyptian shit or something and a plane is firing missiles down at them missing every one by MERE INCHES!

-At least John Turturro’s there to add some legitimacy to the proceedings, because Shia, Megan Fox, Duhamel and Tyrese are bringing weak shit.

-At least visually, it’s pretty sweet.  It looks like the final level of an Uncharted game, running through Egyptian temples while the Decepticons begin their assault by blowing everything to smithereens. 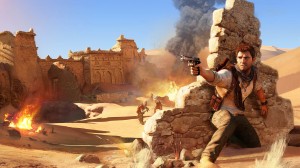 “Where the fuck is Optimus?!”

-Shia and Tits just jumped off a building mid explosion, landed, got up and just kept running.  At best, that fall would fuck you up for 20-30 seconds and even then, you’d be limping.

-Now Sam’s parents are there, because Michael Bay, and Bumblebee kicks the crap out a robot that was about to flatten them.

-Acting in these kinds of movies must feel so dumb.  Either your stuntman is getting beat up or you spend months reacting to a little moving tennis ball like it’s gonna kill you.

-I…can’t describe the action right now.  It’s a total clusterfuck.  Aliens beating the shit out of pyramids, other robots bashing each other, the military firing at everything while Shia and Tits run through the raindrops unscathed.

-It’s taking this robot exceptionally long to take apart this pyramid, considering they’ve taken everything else down as if it were made of paper mache.

-If I had one of Taco Bell’s new Triple Steak Stacks right here, I wouldn’t NOT eat it.

-I am literally laughing out loud at the amount of explosions happening simultaneously, one after the other during this action sequence.  What is your deal, Michael Bay? Were the Egyptian ruins just littered with barrels of TNT?

-Oh, what the fuck ever.  So Sam dies, and gets sent to what?  Autobot world where they send him right back to save Optimus Prime?  Is that what happens when we die?  We have to live with enormous, scary robot aliens?

-So, yeah.  Sam saves Optimus and then he just whoops all the ass.  Fin.

-Oh, and if that wasn’t enough ridiculous robot violence, Real Steel is up next! 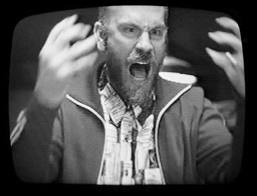