I feel like I’ve been slacking on keeping new content coming, so I’ve come to a solution.  The Daily.  Where I write about all the bullshit I’m watching as I watch it and post at the end of the day.  Warning: most of this is coming straight from the DVR and this will be embarrassing as shit for me.  Full disclosure-I record a lot of talk shows, food shows, and game shows.  I am who I am! Also, the order and timeliness of which I watch things may cause you to think I’m a lunatic. If you enjoy Wheel of TV, you’ll probably enjoy this.

-This show had gotten so much buzz around it that I decided to jump in this season and it is absolutely fucking ludicrous and I LOVE it.  Don’t judge.

-For instance, this week’s show starts out with a girl strapped to a table, Dexter style, as Huck(the always welcome and awesome Guillermo Diaz) is about to rip her teeth out with pliers.

-Olivia’s mom, who was thought to have died in a plane crash long ago is now back in the picture.  Scandal!

-Tony Goldwyn will always just be that dickhead from Ghost.  And has Scott Foley never tried out for a leading man role?  That window has closed.  He’s now just that one guy from every other show since 1996

-”You still have all your fingers and toes.  A few teeth?  So you don’t eat steak anymore!” haha, harsh.

-The show ends with the uber Christian VP calling Cyrus and saying “I have committed a sin” with bloody body in the background.  WTF, Scandal?

-This is a show where upscale stockbroker rivals or what have you train at a boxing gym to fight each other.  It’s better than it sounds.  The least interesting part of the show is the actual fight.

-Today we have two day trader IT workers and best friends Anthony and Sajjad.  They’re both black.  How do I pick a winner?!

-Both guys are heading into the gym fucked up from a bachelor party weekend.  The trainers are pretty pissed off about it.

-Anthony is the in shape one and Sajjad is the doughboy.  Here at screensnark, we root for the doughboys.

-This is the third episode I’ve seen and Anthony has caught on super quick.  He looks like a fuckin boxer.  I think Sajjad is gonna get beat up.

-After nearly passing out during a workout, Sajjad confesses to his trainer that he suffers from sickle cell anemia.  I call bullshit.  Not that he doesn’t have it, but that they wouldn’t know about it.  I’m sure they had to take physicals and sign waivers to be on this show.

-Anthony looked like shit in the sparring session, just holding his hands up and taking punches, Sajjad looked weak, but at least he threw some blows.

-Damn.  The doc comes in and tells Sajjad that under US amateur boxing rules, sickle cell is a disqualifying condition and that he can’t compete.  Fuck.  I wanted to see this.

-Bait and switch!  Turns out he has the trait and not the disease.  Fight’s on!

-Sajjad started off strong, but ultimately Anthony whooped his ass with combo after combo.

-Like I said…game shows.  Got addicted to this one in the hospital.  I’m a sucker for people in stupid outfits trying to win shit.

-A couple had 4100 dollars, got greedy and went for the car and got ZONK’d!  I love when they get ZONK’d!

-Dude in a monkey costume gave up a home theater, a 3000 dollar Ikea shopping spree for 1000 dollars.  Yeesh, this show is not starting out well.

-A chef gave up a ZONK! for a new living room set.  Finally someone made a deal!

-A zebra and a pilot gave up a trip to Florida, a BBQ grill and 1100 dollars for a ZONK!  This episode is awful.  almost done and our big winner has a living room.

-Carmen Miranda wins 150 dollars instead of a new Kia.  This episode is depressing.

-A bottle of ketchup passes on 88 dollars for a trip to Cancun.  That’s more like it.

-The chef gives up her new living room for a chance at the big deal of the day.  I’m taking curtain number 1! 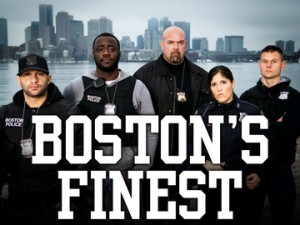 A reality show about Boston cops.  I also like cop shows.

-Man, these shows make me uneasy.  Responding to a SHOTS FIRED call?  Uhhhh…I think I was in the restroom for that one.

-One of the guys reminds me of Hank Schrader.  I like him.  Minerals, Marie!

-The show reminds me of the movie End Of Watch, which I love.  A lot of cops bullshitting around, but when it gets real, it gets real.

-So they’re looking for a gang member named Henry and just rolling around the streets stopping black people and saying “Oh sorry, I thought you were Jimmy” hoping that one will be all “no I’m Henry, the murderer.” This tactic is not proving effective.

-In the end, Henry ends up in custody and we get a satisfying conclusion 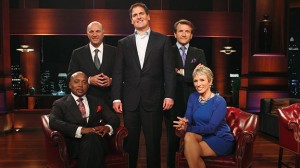 -I love this show, you guys have no idea.

-First up is Spirit Hoods, those dumbass animal things you wear on your head that dangle down to your arms.  Made popular by the “What does the fox say” song/video

-The sharks are laughing it up until the guys say they have 9.3M in sales.  Which is pretty unheard of in the Shark Tank.  What are they even doing here?

-Unfortunately for them, the sharks all see this for what it is.  A downtrending stupid fad.  See you later, guys.

-Next up is a sort of accessory to the Oculus Rift virtual reality headset.  It’s a treadmill type thing you actually run on within the game.  They valued it at 20 million which was way too high, too soon.  Also, the sharks were right in the fact that no gamer is going to want to use this thing full time, or else they’d go outside, not pay upwards of a grand.

-Now we have a fauxhawk for bike helmets and they have piddly sales.  The sharks again see this as a fad and bow out.  Because there’s no repeat business.  And there’s a lot of competition.  But yeah, you’re a mom.  You buy one of these as a goof and then never again.

-Next we have a former NFL player hawking microwave boneless ribs that the sharks find amazing.  even more amazing: he has a food patent, which is super rare.  no one can remove bones from baby back ribs and sell them except this guy.  The sharks are quite intrigued.  Kevin and Daymond put deals on the table and he takes Daymond’s deal for 200k for 30% equity.  Finally, a fucking deal.