This past Sunday on The walking dead I felt finally there was a wee bit of progression. Last week was so much a filler episode it was ridiculous. Now maybe the actress who plays Beth (Emily Kinney) is amaze balls in other roles. I’ve never seen her in anything until now. I think she needs some polishing and maybe a different role would be better for her. I’ve never thought much of the character Beth. She’s always kinda been window dressing in the back drop. Not what I would call a strong woman type role. Maybe I’m wrong? But her acting is just coming off as Forrest Gump in many scenes.
So our backwoods hero Darryl and Beth find themselves again alone and in some weird predicament. They are traveling along through the woods (and side-note…when they all left the prison in a hurry. why didn’t they have a backup meeting plan for if/when the Governor or any million unforeseen bad things could have happens to them??? like “lets meet at the Walmart on highway 80 if we get split up”?? Is that too much to ask for?) Anyway……..Beth gets her ankle/foot stuck in a dog trap? a bear trap? Some kind of plot device trap? And so then she is forced to be carried via piggy back by Darryl (sign me up!). I’m not sure if its only me that sees the show runners as trying to force chemistry between these two. I take it Beth is 17-19ish? And Darryl is old like me and I know that weird Michael Douglas Katherine Zeta Jones shit goes on but I can do without it and the throat HPV thank you.
They find a cemetery and a house on the grounds that looks straight out of “Sleeping with the Enemy” (1991). Shit is OCD’d to the max. Clean, no dust, organized and categorized. I would have run form the git go. That means that there is someone for sure living there and taking care of this place. They aren’t just using it for a night or two and taking a dump in the corner! But Beth and Darryl here lately have had rocks for brains. They eat straight marmalade and jelly and think they’ll just stay. They think they’ll explain to the people who live there that they can share. Has Darryl been watching this g’ damn show? Beth keeps repeating in her Forrest Gumpish voice ” there are still good people out there” . Ummm no…… there ain’t.
Darryl wants to take a nappy in a coffin as Beth sings. Now I will give Emily Kinney some propers; she is a pretty good folk singer. She is soothing Darryl’s beast and all seems quiet and peaceful. Then Darryl hears a dog and willy nilly opens the door. And indeed its a dog. Looks like The Governor is dog form. One eye and maybe one leg? Not sure , looks like the dogs here at my local country store. They are all missing some sort of appendage and no one seems to claim them.
The dog runs away and you’re left wondering : How the frack did this dog stay alive this long? How has no one eaten him? What has he been eating? What heart worm medicine is he on? Ya know the normal stuff!

We are intersected also with Maggie, Drunk Bob, and Sasha. We see a little of Bob’s back story and how he was alone for so long until Darryl and co. found him. I will say the only one of this whole show whom I believe could survive alone for any amount of time is Michonne. So Bob doesn’t want to be alone and argues with Sasha they should follow Maggie when she wants to leave and look for Glenn. I agree, its suicide to go on your own, plus why would you want to live like that? I think about the Zombie apocalypse an absurd amount of time. I believe I’d want to be with a small group I could trust. I’d never need to be in a town like Woodbury or anything of the such, but alone? No thank you.
Maggie is a bit ahead of them on the railroad tracks and drunk bob and Sasha bicker the whole way about how they should be living. She believe they should find some high building (In Georgia) and grow food and shit. Bob thinks they should push on and meet up with Maggie. He has hope, which this show has little to none of.

Back to Darryl and Beth Gump. They are eating more jam and jelly and he hears the dog again, and you can see the set up coming but I still squeal. “Knock Knock” …. ” who’s there?” A BUNCH OF ZOMBIES AT YOUR DOOR! Jesus Darryl!  He just swings the door open thinking it’ll be his furry friend and its like a group of Woodstock zombies right there. He screams for Beth to run (with her gimp ankle) and the zombies push themselves in. Now this is my problem. This Apocalypse has been going on for some time now. Michonne and Rick are pretty good at “clearing” a place and they dot their i’s and cross their t’s. Darryl knows better. Is his judgement clouded with Beth? I don’t know but it annoys the piss outta me.
Beth scuffles and goes “somewhere”. Darryl goes to the basement where they embalm the bodies and fights the walkers off one by one and manages to escape yelling for Beth. He sees the book-bag full of money and jewels he took last week (don’t get me started on that??!!! Shit isn’t worth anything any more dummy). And he’s looking for her. We then pan to a car with a cross graphic on the back of it. well you know what that means? I never trust people with those Jesus fish on their cars or a cross! they are the first to cut you off, and the first to tailgate you! So I’m pretty sure its doomsday for Beth (which I’d be okay with… Darryl belongs with Carol anyway). 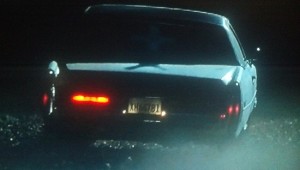 .. back to Sasha and Drunk Bob split up after kissing on the railroad and Maggie is way ahead of them now. There have been signs for “terminus” (which does that sound like a friendly place to head for?) “All who arrive, survive”? Am I the only idiot who thinks that sound like a damn trap? the frack I’m going there thinking its a sanctuary.

Sasha finds some building that has a loft like place in it. She looks out the window and sees Maggie taking a snooze between two walkers on the ground by an ice cream truck! I shit you not. I feel some editing was done poorly here. There is no explanation that Maggie is literally laying in dirt hanging out with walkers. But Sasha sees some zombies coming to ward her and decides to help Maggie. its exciting and gross and the two girls hug. They agree they should stick together. They finally catch up with Drunk Bob who was just plugging along the railroad, so now this whole episode for them was kinda silly since there are now a team again.

Ending scene.. Darryl is sitting in the middle of the leaf covered highway just I guess feeling sorry for himself and upset he lost Beth. And we see a group of men approach him. The leader being (Jeff Kober!! Who is never never ever a nice guy!). He is the guy from the group of bandits from a few episodes ago who Rick had to kill one of them. This isn’t good. Darryl aims his cross bow but the leader says “Why hurt yourself when you can hurt others”. So basically they are telling him to join their gang, He has no choice. Christ is there ever a moment of hope on this show? I’ve read a good chunk of the comics and they are much more rough, but this is TV land!! You have to give me a bone.

Only two episodes left…. and I’m sure there is no light at the end of this tunnel.