DVR Demon is a column in which I run you through all the bullshit that happened to escape my DVR on any given day. I’m hardly ever current on any shows, so who knows what the fuck you’ll find in here. There might be an episode of the Office from two years ago down in the cracks.

Total Divas S1E8 “No Longer The Bridesmaid”  Before you judge me, you’re gonna have to get used to the fact that this site is a labor of love and I’m going to be watching a whoooole mess of fruity programming.  you should see my scheduled recordings of shows I would never watch otherwise, but thought “Eh, this’ll be good for the site”.  Absolutely horrible.  Now you can judge me, because I’m watching Total Divas and I’ve watched every episode.  Since before this site was even a thought.  This is a show that follows the behind the scenes action and love lives of the WWE Divas.  In this episode, Natalya(who is WWE Royalty, being the daughter of Jim “The Anvil” Neidhart and by proxy part of the legendary Hart family) is getting married to middling injured midcard wrestler Tyson Kidd(TJ).  Uh oh, we have a problem, though.  The Bella Twins are sleeping with two of WWE’s top stars in John Cena and Daniel Bryan and Cena’s having a giant once in a lifetime family reunion THE SAME DAY as Nattie’s wedding!  Whatever will she do?  My guess is she’s probably gonna haul her titties over to meet her meal ticket’s family.  haha, yep.  called that shit.  Nattie was pretty pissed off about it but mature.  The show also features newcomers Jojo and Eva Marie, who I had never even heard of prior to this show.  Eva Marie is a stunning knockout and Jojo looks like a 15 year old.  Guess which is which Yeah.  God damn.  In a move that surprises nobody except Jojo, Eva Marie gets called up to be a ringside valet and Jojo is super pissyface about it.  Lastly, the show focuses on Trinity and Ariane(The Funkadactyls.  yeah, I know), two sassy black cheerleader characters.  Think the Clovers from Bring It On.  So Trinity gets a call from Ariane in the hotel crying hysterically that her stomach is all kinds of fucked up.  An ambulance is called and she’s taken from the hotel on a gurney.  I’m sure nothing’s wrong, but as a wrestling fan who’s heard about 50 stories too many about wrestlers being found dead in their hotel rooms, this scene was a bummer.  Turns out to just be women problems, so yay.  Eva Marie and Jojo finally have their huge blow up which has been brewing because Eva Marie is gorgeous with big tits and Jojo is not at all.  Also of note, a couple episodes ago, Natalya was in her hometown and had dinner with a family friend named Jaret who declared that he had feelings for her and that she should not marry TJ.  This being a reality show on E!, naturally he’s invited to the wedding.  I hope TJ pops his ass one.  The only problem is that Jaret is built like a brick shithouse.

haha, so this fuckin douchebag goes up to TJ and says yeah, I’ve been keeping in touch with your girl so I can hit that when y’all break up.  TJ, shockingly, wasn’t very receptive to this news and goes up to confront her about it.  Before the wedding.  Bad form, Teej.  but I get it.  Your girl’s kind of a dipshit.  So she fesses up and they make up.  “You’re my everything”  “No, you’re MY everything”  Blecch.  The wedding goes off without a hitch.  Bonus: ANVIL SIGHTING! as the father of the bride.  That motherfucker has been eating well.  Nikki calls during the reception to talk to Nattie about not being there, because it’s the Bella twins’ world and we just live in it.  Oh, and Nikki got along well with Cena’s family because she’s hot with big tits.  Most of these girls are hot with big tits.  That’s kinda the deal.

Ray Donovan S1E8 “Bridget”  So when I last left this show, Ray dragged Marvin out and threw him in the car driving him out somewhere after he sexually assaulted his daughter.  This episode opens up with her and her new bellybutton piercing as a way of “reclaiming my body” haha, what a load of shit.  Ray’s pretty fired up about it and I still don’t know where Marvin is.  Perhaps he “Took a trip to Belize” if you catch my drift.  I really enjoy the relationship between Ray and his dim-witted alcoholic brother, Bunchy.  It’s endearing.  So, Ray, Bunchy, and Terry are bullshitting at the gym when the girl Terry’s been nailing comes in with a black eye from her husband.  So, naturally the three go to pay him a visit.  Ray and Bunchy stand by finishing off a bottle of whiskey as Terry beats the piss outta this guy. “I’m sorry.  I didn’t know she was married.  But you don’t hit a lady!”  Words to live by from Terry Donovan.  Meanwhile, Mickey is at a spa chatting up the lovely Rosanna Arquette about the screenplay he’s working on.  It’s funny just to see this Boston lowlife in a white robe getting a pedicure.  She stops him as he’s leaving and asks if he wants to get a drink.  Because that happens.  Mickey Donovan is so charming and not 112 years old, after all.

Bridget escapes her lockdown and goes to Marvin’s place, because of course she does.  and now she wants to have sex, because of course she does.  But shocker, Marvin isn’t feeling it anymore.  Why not?  “Because your father put a fucking gun in my mouth!”  This all could have been avoided, you little tease.  hahaha, what the fuck?  Mickey asks Rosanna Arquette for a blowjob and she says “you’d have to put a gun to my head” so he literally walks out of the room and comes back with a gun and tells her to suck it.  Predictably, she freaks out and Mickey thought he was following her lead.  Everything Mickey-centric in this episode has been fucking absurd.  Bunchy confronts Ray about his money and Ray wants to hang onto it for him because ever since Mickey re-entered the picture, Bunchy’s been drunk and high 24/7.  Bunchy might want to take into account that Ray had to burn down a guy’s house and repeatedly taser him in the ballsack to get that money back.  Show a lil gratitude, Bunch.  The Donovan family has a rather complicated relationship with the Catholic Church: molestations, murders, and overall repeated broken trust.  Yet they’re still very staunchly Catholic people.  But angrily Catholic.  When Terry goes to confess sleeping with a married woman, he gets fed up with the priest’s very reasonable questions and storms out, while Bunchy sits outside having a smoke and watches a group of young boys exiting the church van followed by the elderly priest and he glares at the priest just mad dogging the shit out of him.  The episode ends on a weird note with Ray laying with Bridget in bed singing a song with her, all her transgressions forgotten for the moment.  Well, that left me pretty unsatisfied.  Nothing happened that mattered to me at all.  Ray Donovan, I may need to quit you if you don’t step it up.  Liev Schrieber is only awesome enough for me to tolerate so much more of this.

*Blast From The Past* Dawson’s Creek S4E4 “Future Tense” Yay, it’s a Joey and Pacey episode.  Team Pacey, because fuck Dawson.  Dawson’s a drag.  haha, I forgot about Drew, Jen’s old drug buddy from NY who ended up in random ass Capeside for no reason.  I’m comfortable enough in my own sexuality to say this is one of the prettiest men I’ve ever seen. 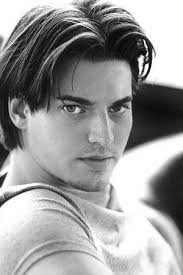 Apparently, I have a type and it’s preppie as fuck.  Also Sasha Alexander plays Pacey’s sister, Gretchen.  She plays either Rizzoli or Isles now.  I couldn’t tell you which.  High School Joel had the hots for this chick so bad.  So the gang is all getting ready for life after high school and somehow Joey is under some delusion that she’s gonna get a full ride to an Ivy League school.  Joey is smoking crack.  Drew’s mischievous ass is inviting the whole school to a bomb ass birthday party for Jen and it isn’t EVEN HER BIRTHDAY!  What a cad.  Jack landed hard in football and broke his arm.  Probably because he’s a gay.  Disregard what I said about Drew up there.  Pacey being Pacey is not all that sympathetic to Joey’s plight of being a brilliant girl with a bright future, just not at Harvard.  So tonight, we’re getting Drunk Joey at that ever so delightful bullshit trope of the alcohol fueled pool party at the mansion with hundreds of kids and no adults.  Did any of you experience this your Junior year?  Because I sure as shit did not.

As the alcohol flows, shit starts to get real.  Drunk Joey reveals to Jen that Drew is an asshole because he was forced to move to Capeside and live in a small apartment with his mother after Pops fled town.  Now all of a sudden this makes Drew nuclear sex hot to Jen or something.  And Jack is tired of overachieving sister Andie’s constant attempts to get him to take his future seriously.  He’s gay, you see.  and football was the only thing he had that made anyone accept him.  But now his season appears to be over.  I don’t really remember, but I think this leads into a story arc where he gets addicted to painkillers.  Don’t quote me on that one.  Drunk Joey stumbles over to where Pacey is playing an innocent game of strip poker.  Because that’s what happens at these completely genuine parties.  She gets angry with him and then asks to be dealt in.  Pacey has had it with her drunken behavior and fireman carries her the fuck out of there.  Sidenote: Katie Holmes is atrocious at acting shitfaced.

So Jen seeks out Drew to apologize and Drew gives her her “birthday” gift: Some ecstasy.  But that’s not who Jen is anymore.  She’s the paragon of virtue and is disgusted by his gift and leaves him.  And as the episode draws to a close, Joey and Pacey share a sweet little moment where she says that maybe she just wants to stay in Capeside and be with him and he retorts with “Then I wouldn’t stay here.  Because I won’t be here.  I’m gonna be wherever you are”  D’awwww.

DVR Demon.  I watched this shit.  now you don’t have to.