Supermarket Superstar S1E9 “Dinner Entrees” Supermarket Superstar is Shark Tank for the Totino’s pizza rolls crowd.  Three home cooks present their new food wares to potential buyers within the industry in hopes of becoming the next Chef Boyardee.  The show is hosted by Stacy Keibler, because when I think highly processed, cheap food, I think of George Clooney’s super gorgeous ex girlfriend.

Tonight’s theme is frozen dinner entrees and first up is Monica who presents the judges with her grandma’s 150 year old recipe Virginia crab pie.  The judges are stuffing their faces and loving every morsel until Monica reveals that it sold at their now defunct restaurant for 34.99.  Get the fuck outta here!  This is Supermarket Superstar, not Top Chef.  Next up is fitness trainer Heather who can never find that quick and easy yet truly healthy entree at the store so she presents them with her healthy noodle and veggie dish which the judges seemed to be pretty indifferent towards.  Needed flavor.  Yeah, I’ve rarely found eating healthy and delicious flavors going hand in hand most days. Lastly, we have Carlos, a successful food truck operator out of New Jersey known as the “empanada guy”.  The judges seem to enjoy his work but find it may be too unhealthy for consumers and that most consumers may not know what an empanada is.  Really?  Really, dude?

Now we move on to the tweaking stage in which the contestants take the feedback given by the judges and use that information to revamp their product as they see fit before presenting it to the investor.  Monica makes her pie the way that she always has and it would have to retail for almost 42 dollars.  She seems to feel that the quality of the seafood will justify the price.  She’s in a dreamland.  Nobody in the world is going to pick out anything from the frozen food aisle at 42 bucks.  Heather’s problem is that it just doesn’t taste like a star.  Nobody cares about it.  And the problem with Carlos is that a single one of his empanadas hits you with 53% of your daily sodium..  The judges snicker “I hope you got cardiologists in the family, so you can make SOME money off these things”

They then have to serve their meal to a focus group and hear their thoughts to see if further revamping is needed.  Rachel added more veggies to hers, Carlos substituted soy sauce in favor of salt, and Monica simply made her gargantuan pies into smaller appetizer sizes.  Why did she fight them so hard on that?  It took her price point from 42 dollars to 4 dollars.  It’s a no fucking brainer.  The focus group loved Carlos’ empanadas.  Go figure.  the baked little pocket of salty deliciousness goes over better than bland noodles and what one member related to “tuna fish on a cracker” 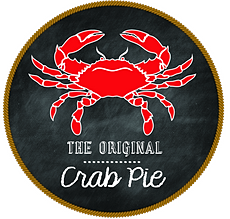 Heather is eliminated because healthy bland noodles with mushrooms(barf) and peppers just ain’t gonna cut it.  now Carlos and Monica move onto the branding stage where they create logos and packaging.  How fun!  Carlos came up with a cool looking Empanada Guy almost superhero on his logo and it looks pretty righteous.  Monica’s looks like everything else in the seafood section of the frozen food aisle.  Their expert shows her an example of how to market a pie without being “just a pie company.  You have to think long term” and shows her a fucking Banquet chicken pot pie box.  Blargggh!  Have you ever had a Banquet product?  They’re about a dollar and taste like shit.  But that’s why they sell so well.  Because people are poor and they cost a dollar.  Do not make your crab pie look like Banquet, for fuck’s sake.

And the investor goes with…. Quote of the episode: “He wants me to change my slogan?  That’s like switching wives overnight!”  What?  Because that’s the same.