*Blast From The Past* friday night Lights  S2E4 “Backfire” aka The Writer’s Strike season so some weird things are abound.  Eric is coaching for TMU, Landry killed a rapist, Riggins and Street’s adventures in Mexico and Saracen is banging his grandmother’s caretaker.  Oh, and Julie’s a little whore out of nowhere. On the flip side, Lyla is now a born again Christian.

I like the episodes where Coach Taylor gets his hands dirty a little bit and takes shortcuts sometimes.  The story is, college football isn’t making him happy, his wife is at home a couple hours away with a newborn baby, his daughter is acting a whore and he can’t help but feel guilty about it.  So after two pisspoor games to start the season, the Panthers fire Coach McGregor who clearly knows what the fuck happened here.  Buddy makes the call and after doing McGregor dirty, Coach Taylor is back in at Dillon High.  Meanwhile, In Mexico, Jason Street and Tim Riggins are there with a bag full of cash meant for some experimental procedure involving a shark’s fin that will help him walk again.  Season 2 is so weird.  Riggins is getting sick of pounding beers and watching telenovelas for a week and bluntly asks what the fuck are they doing there.

Riggins gets busted by a cop for drinking.  He tries to bribe him and gets tossed in the clink.  Street bails him out and is getting pretty tired of his shit and tells him as much.  As he retreats to the hotel, a less than sober Riggins yells out “Could you at least buy me a couple tacos?”  Eric returns home to his elated family and Buddy pulls in right behind him as if he’d been staking out the house.  Buddy lets him know that McGregor’s lawyered up and gonna fight this.  Realizing his job isn’t as secure as he thought and he simply fell for Buddy’s used car salesman shit again(literally, he’s a used car salesman.  no cute metaphor there), he’s rightfully pretty furious. 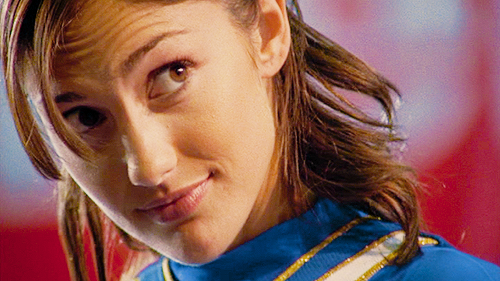 Back in Mexico, Tim is questioning the doctor on why this procedure isn’t legal in the US.  The doc answers with “Because the FDA are a bunch of crybabies”.  Get the fuck out of there, Jason!  Newly Christian good girl Lyla decides to help out an ex convict she met and have Buddy hook him up with a job.  Because that’s what happens.  You get out of prison and the hottest girl on the planet pulls up and offers you a ride and employment.

Riggins takes Street out for some good old fashioned booze and karaoke, Mexican style.  Here, Jason makes his grand declaration that he shall walk again and the look on Riggins’ face says it all.  This trip is starting to become real and he realizes that if he doesn’t do something, he may lose his best friend, so he places a call to Lyla and tells her to book it down to Mexico before Jason can get his shark shot.  The episode ends as Coach McGregor shows up at Coach Taylor’s doorstep just to let him know that how this went down was fucked up and he has a family to provide for and couldn’t respect himself if he didn’t confront Eric.  “I’ve been fired before, I’m sure I’ll be fired again, but this is the first time that I’ve ever been screwed by another coach.”  Eric goes sadface.

-Even the bad episodes of this show are pretty good.  so if you’ve never seen it, get on it!

-The less I talk about Julie and the Swede, the better

-Taylor Kitsch was so damned awesome on this show.  Shame about his movie career.

Quote of the episode: Not a quote, but a sign in Coach Taylor’s office, which sums up what many of the characters are going through this season:

“Character is who you are when no one’s watching.”

DVR Demon.  I watched this shit.  Now you don’t have to.