-Eh, The wheel has been much crueler to me than this.  But I haven’t fervently followed the NBA for like 10 years.

-What, Garnett, Pierce and Kidd are on the Nets now?  With Deron Williams?  Shows how much I’ve been paying attention.  That’s like a fucking all star team.

-And the payroll shows it.  The Nets have the highest payroll in the league at 101 million dollars over the next highest, The Knicks at 86 million.  Damnnnn.

-They show clips teasing an interview with Garnett where he’s eating breakfast and this fool has like 14 plates in front of him like he’s fuckin Michael Phelps.  How can you eat that much food and be in such phenomenal shape.  It’s like how all the best competitive eaters are these normal ass guys.  You know that Joey Chestnut shits like a Clydesdale.  That motherfucker can fill a toilet bowl.  I’m getting gross.  Moving on… 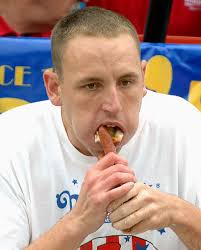 -Now they’re talking up Kyrie Irving as a beast like he’s gonna take the Cavs to victory over this all star team.  nope.  But I love you, Kyrie.  Duke represent!

-They have a basketball court in studio that they’re all standing around passing the ball around.  Reminds me of SPORTS SESH on Eastbound and Down

-Maybe it’s residual Sacramento love, but Chris Webber is my dude and always will be.

-AI’s top ten plays of his career air.  Sheesh, his crossover was just stupid.  The term “ankle breaker” was probably coined because of him.  And he could dunk!  Probably the best sub 6 foot player of all time.

-Webber was his teammate for a short while and when he asked Iverson why he’s killing himself out there every play, his response was “You gotta go hard.  Every game I’ve ever played it was the first time someone came to see me in person and I ain’t gonna let em down.”  That’s pretty fucking cool.

-So Doc Rivers made a bold proclamation that the Staples Center is going to become the place to see the Clippers and not the Lakers.  The teams definitely seem to be headed in opposite directions and I like Doc stepping up for his crew like that.  How about you guys?

-Everyone seems to think the big 3 in Miami will re-sign at the end of the season.  Lovely.  Because Miami’s fans deserve that.  They show up in the second quarter and leave halfway though the 4th to drink their mojitos and eat their crab legs.  Fuck you, Miami sports fans

-haha, New Orleans Pelicans.  I forgot about that.

-I may actually watch some of this game.  They’ve sufficiently hyped me up a bit.  C-Webb’s thousand watt smile can do wonders for this guy.

-Welp, that’s about enough of that shit.  We now return you to your regularly scheduled programming, already joined in progress.