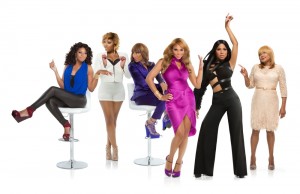 The reality TV landscape is a crowded one. Incidentally, in a society such as ours, where the entry fee for fame has been reduced to a couple of “leaked” nude shots, in the midst of the unlimited data age, this particular currency is not hard to come by, and neither are the shows which exploit it. Braxton Family Values, however, seemingly stands out, as Toni Braxton was once wildly successful and equally talented. Hers was a fame not built upon night vision blow jobs, but rather honed talent and hard work (the vertical kind).

But since I loathe reality television, and find myself in the unique situation of being able to command others to watch what I will not, I figured I’d let my curiosity get the best of someone else. This week Phil and Shelly watched Braxton Family values (so we didn’t have to) and here is what they had to say:

I’ve always liked reality TV. I fell in love with COPS in the 90′s and then shows like the Real World and Survivor. I feel its taken a downward spiral in the last 5 years or so. I do believe there are still quality reality TV shows with a learning aspect to them, Braxton Family Values IS NOT one of them.
I’ve never seen the show nor did I really know it existed. i was all about Toni Braxton in the “baby baby” era but haven’t heard much from her since. I do know she went Bankrupt due to some weird producer shit. I suspect this happens a lot in music and Hollyweird but here I am worrying about how to pay for Christmas gifts for my family so I have little to no sympathy.

Apparently the premise is about her whole family sucking her fame and turning it into a job combine of their own. I think its funny that so many celebs support their families entirely or the family members think they can benefit from the famous sibling. Like, can’t any of them work at Target or Lowes? I guess not.

These girls, sisters, are all named with a “T” I immediately think They are similar to the Kardashians, and the makeup they wear proves this point. i feel like I’m watching the Wayans brothers in White Chicks. too. much. makeup. and. wigs.

Toni is on tour again , for the first time in five years and has lupus. I’m not going into what lupus can and can’t do because it would take too long but lets just say it can indeed be debilitating so bravo to Toni for not just giving up. again SHE CAN’T because her mooch family is dependent on her. She has her sisters in the show and each one has a nickname like “The wild child” but all I saw was “The Queefy one” or “The idiot”.

Her older sister? gets a “reddio” show. yes she says reddio. It drives me crazy. But really it ends up being a podcast I could bang out from my basement while I was drunk. She’s very proud of herself and wants her ENTIRE family at this premiere event. Again, I’m not knocking her but its not a “real” reddio show.

The whole show seems to just be about them on tour “together” and I just can’t get over how much makeup these women wear during dance rehearsals. when i am working out I wear little to no makeup and yoga pants (sometimes with camel toe sometimes with out) and call it a day. These women have full weaves and jewelry out the ass! In fact on of the “T” Sisters has a set on that resemble a set of keys a super to an apartment building in New York City would have. Like hello? is Joe Pesci looking for those things?

So back at the “reddio” show Traci is in some kind of fuckery outfit. Like hammer pants meets a halter top. What the literal fuck? She explains her butt and girl parts were sweaty and now it all comes to fruition. its a queef outfit. I get it now. 100%. she also compares getting her reddio podcast to when Toni won a Grammy. Totally same same.

By the way they all make up their own words. “Nervousing” and spelling out T-R-U-T-H. Ugggg, Speaking of… They wear sparkly Uggs which no one over the age of 14 should do. Just saying, ladies.

The one positive thing I can say about this show is that they seem to love each other very much. I’m big on family so I can appreciate them always being together and spending time together. Props to the Braxtons for sticking together (although do they really have a choice)?

God JAMMit its over. I feel the need to go scrub my face and brush my hair. Thank you and good night.

To succeed, Reality TV shows must give us someone to root for or someone to laugh at. Or, if it is getting by at the lowest level, someone to feel better than. Braxton Family Values goes 0 for 3, yet is on its fourth season, so people are apparently watching it.

It’s hard for me to root for people who neither have little to lose nor are shooting all that high. Toni is working to continue cashing in her previous success and her sisters are working to stay employed backing up a blood relative. It seems as though middling competence is all that is needed for anyone to achieve these goals.

There is nothing particularly funny about any of them. I was mildly amused when I saw that one of the back-up Braxtons has an agent. And there was some unintentional comedy when one of the sisters lands an internet radio show, throws a party to celebrate and delivers an award show “I couldn’t have done it without you” speech (both you and I could get an internet radio show tomorrow). But I laugh more Monday morning hearing about the weekends of my upper-middle-class, Caucasian corporate suburbanite co-workers. And they’re about as exciting as a Dockers commercial.

Oddly, I don’t really feel all that superior to the Braxtons. They were dealt a decent hand when their sister hit it big, but they are working. I can’t look down on people who make the best of the situation they have. And nobody is comically stupid or untalented. Somebody calls a process “nervousing”, but if you had me miked all day long I am sure you would hear something that stupid.

Toni is talented and successful, but not remotely interesting. She appears as a disembodied voice on the phone checking in on her sisters a fair amount. And when she does appear on camera, she’s neither funny nor catty. We do learn that she’s embarking on tour which will include a few major venues. The fact that she’s still landing gigs leads me to believe that The Real McCoy must have broken up.

The Braxton Family Values SLIW will come to be known as the point in Screensnark’s history when Jam turned what was an entertaining exercise into hazing. Watching this was as pleasant as participating in an eating challenge on Survivor. Thanks, dick.

The goal of SLIW is to find the special sauce which makes a show which appears to have nothing going for it successful. So, this is usually where I say something nice. Well, I guess that Braxton Family Values is well-edited. Beyond that, my hope is that the producers have a higher purpose in mind—build the audience to its peak and then piggyback some form of death ray onto the broadcast in order to improve the overall quality of the gene pool.