-One of about three sports news shows I can stand anymore.  I enjoy the banter between these cantankerous old coots.

-Tony’s not buying the Colin Kaepernick kool-aid, because there’s a good chance they’d have to go through Seattle, where the Niners have been getting shit kicked lately.

-Tony puts the Bengals on blast for being 8-0 at home and then losing to a shitty Chargers team that wasn’t even supposed to be there.  If Philip Rivers makes the Super Bowl somehow, I’m going to vomit.

-Talk of the amazing Colts/Chiefs game, and basically Andrew Luck living up to his name with an incredibly lucky fumble bouncing right into his arms which he ran in for a touchdown

-Also, talk of how much command of his team and respect the players have for Luck as opposed to Robert Griffin III, whose teammates won’t even help off the ground.

-The Saints finally win a road playoff game.  Will they continue to do so?  It is Drew Breesus, but I doubt it.

-Yay, now we get to preview the BCS championship game, which I already talked about.  That’s the downside in not watching some stuff in a timely manner.

-The guys are split on whether the NFL should add one more wild card team to the NFL playoffs.  Tony says that means we also would have gotten Pittsburgh-New England and Arizona-Carolina this past weekend.  Hey.  I like football, so I kinda dig it. 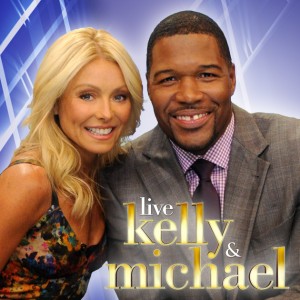 1/06-Live With Kelly and Michael-NBC

-As a lifelong Giants fan, this is still so bizarre to me.

-Side note.  I had a nurse on my last hospital stay that looked just like Kelly Ripa with dark hair.  I was in love.

-The banter was nothing to write home about here.  Kelly went skiing and talked about her heated gloves for like 5 minutes and Michael doesn’t like it when kids in movie theaters keep sucking on their drinks with nothing in them.

-Carey Mulligan is on and I’d like to induct her into the frail, artsy, humorless actor Hall Of Fame.  Past inductees include Michelle Williams and Johnny Depp.

-I don’t know why, but it’s a pet peeve of mine when someone says someone is called something instead of named something.  For instance, she says Justin Timberlake’s character, who’s called Jim.  No.  he’s named Jim.  I guess either works, but it irritates me.

-Alison Williams is there and is a huge fan of the Bachelor franchise and she’s geeking out over just having met Juan Pablo.  Brian Williams is ashamed.

-Juan Pablo is out and the ladies are just melting the fuck down.  This guy’s got a pretty sweet gig. 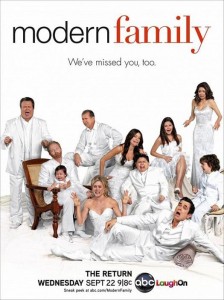 -I still like this show.  It’s better than a lot of stuff out there.

-Luke is growing up awkwardly. Haley and Alex are definitely not, though

-Phil tricks Luke into attending ballroom dance classes by promising him they were going to autopsy camp. haha

-Phil then gets arrested for Haley’s unpaid parking tickets and all of a sudden Luke’s in a ride along.

-I enjoy that Adam Devine is doing more things then just Workaholics, because he cracks me the fuck up.

-The baby mistakenly said dada to the nanny.  Phil’s response: “It’s fine.  He’s 1.  I watched him pee into his own face and smile”

-Cam is giving Mitchell the business about not being able to make timely decisions “What about that time in Vegas? No, it’s fine.  we’ll just see them the next time when that tiger un-eats Roy” ha

-Lily has the hots for Manny.  That’s nasty.