-I’ve been on a serious Nat Geo Wild kick lately, you guys.  Animals are so fucking weird and awesome.

-Casey Anderson is our guide and he is such a wilderdude.  He reminds me of my friend, Jake.  Grew up in Montana with nothing to do so now he just follows animals around and shit.  Jake’s a little more civilized.  Barely.

-The guy hangs out with grizzly bears all the time.  Like bros.  Has nobody learned from Grizzly Man?

-I would get so laid in the animal world.  I’m a giant and that seems to be the number one factor in getting chicks over your bros.

-Casey is in an enclosure with golden eagles flying inches away from his face and he thinks it’s so cool.  I would definitely be shitting my drawers.

-Owls don’t make their nests.  They find the nests of other large birds and kill the babies and move in.  Owls are assholes.

-It’s kinda creepy seeing the bears try and mate with Casey looking on and whispering. 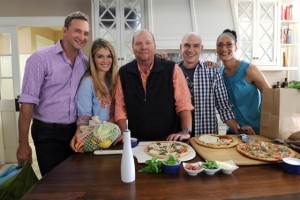 -The Chew is a fluffy little talk show/food show with hosts Iron Chef Michael Symon(who I love.  He’s like a big goofy drunken uncle), Iron Chef Mario Batali(who I like, because his Italian food looks amazing), Top Chef alum Carla Hall(who we HATE, because Carla), Dr. Oz’s daughter, Daphne, because nepotism, and some flamingly gay boy named Clinton who I have no idea why he’s there.

-Over the holiday, Michael drilled hooks into his ceiling to hang legs of lamb to cook in front of his fireplace.  haha, of course he did.

-haha, Carla’s trying to teach fun tips and tricks and she has this hanger with clips on it to hang up and clip open a cookbook and the whole thing falls apart as she’s doing it.  Fuck you, Carla.  How hard is it to look at a cookbook anyways?

-Daphne’s cooking some chicken but instead of breading she’s using crushed pistachios.  That sounds incrediballs.

-At the same time, Michael is making “Spatchcock ckicken”.  What in the blue hell is that?

-Now we hear the story of private chef Eduardo Garcia who lost his hand to an infection(I can relate to that, buddy) and he’s still cooking and passionate about food even with his hook hand.  Dicing an onion looks pretty rough.

-Mario and Eduardo gushing about how beautiful Montana is.  man, it’s a Montana lovefest in the Daily today.

-Eduardo and Mario are now making some delicious looking Diablo Shrimp.  God, it must suck to be in the studio audience for The Chew.  To smell all of this awesome food and not eat it. 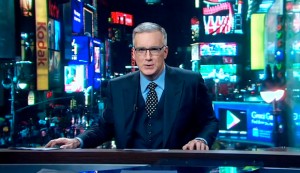 -As much as I hate politics Olbermann is as much as I love sports Olbermann.  You know he’s a huge dickhead, but he’s smart.  And I prefer him talking sports a kabillion times more than his political rants.

-BCS Championship game highlights.  That was a fuckin barnburner, you guys.  With some bullshit looking calls being made.  but Florida State ekes it out over Auburn in what was supposed to be a blowout.

-Big fat Charlie Weis is in studio to talk about the game and I really don’t care.

-I like to watch Ricky Rubio play basketball.  He reminds me of John Stockton

-Keith gives a touching teary-eyed tribute to Jerry Coleman.  I did not know this man before now, but he was the voice of the San Diego Padres for 42 years and one of Keith’s early role models.  he also earned 11 air force medals during WWII.  Keith got weepy at the end and it made me weepy, too.

-Dan Snyder gave out bags of apples at Christmas.  A fucking bag of apples?  God, as if I didn’t hate him enough already.

-Tonight’s worst person in the sports world: Kobe Bryant, for having teammate Nick Young do his interview for him.  Nah, I’d give it to Snyder up there.  A bag of apples, shit.

-Video is shown of the Dallas Mavericks starting five doing an Anchorman spoof.  I’ll admit, I laughed out loud.  that was some goofy shit.

-And play of the night goes to Auburn’s 50 yard TD pass.